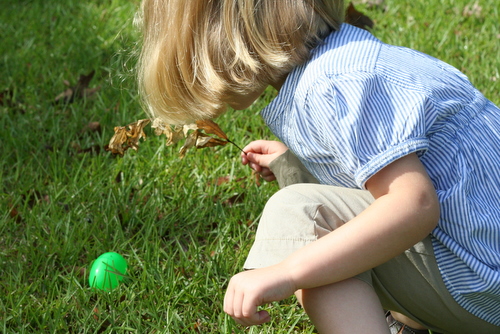 Did all of your eggs end up in one basket?

I had a blackberry hunt after all the eggs had been found. 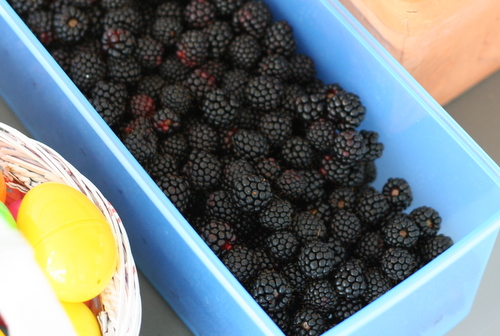 Those are all off of the bush growing in Great Gran’s rose.

There is a cobbler in the very near future.

If you get your eggs from a farm or buy organic, cage-free or free-range eggs at the grocery store, chances are your eggs are brown. This is great for the chickens, but not great for dyeing eggs bright colors. It’s cool. I’ve got your Easter eggs covered. 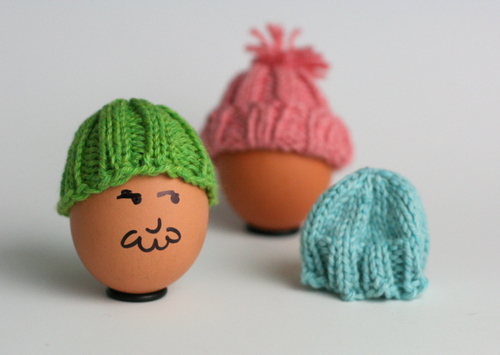 Covered with hats! These are the yokes, folks.
(Sorry. I haven’t had much sleep.)

The pattern is available to download on Ravelry for the low low price of free. It’s also available on my free patterns page right at the top for convenience.

Each hat takes about 30 minutes from start to finish and uses a tiny bit of sport weight yarn. The pink one with the folded brim and pompom only weighs four grams. In addition, this may be the easiest pattern I’ve ever written and there are endless variations.

Happy Easter! Happy spring! If you make an EggHead, I’d love to see it. 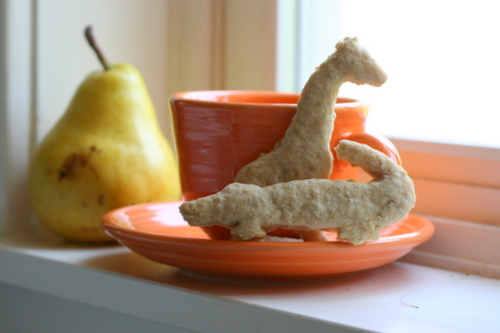 Of course there’s a recipe!

In honor of National Animal Cracker Day, Ellie and I experimented with the home made variety for the Etsy for Animals Blog. 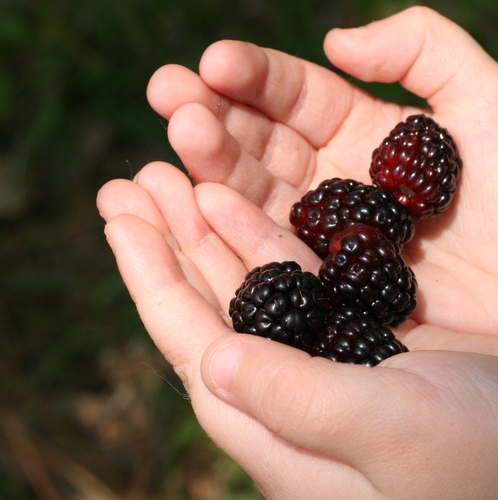 They are so tart they make your eyes water. Sweet Berries and Oppressive Heat go hand in hand. Not long now.

You can tell a lot about a person by how they treat animals.

In case you don’t know:

“In a cockfight, two roosters fight each other to the death while people place bets. Cockfighters let the birds suffer untreated injuries or throw the birds away like trash afterwards. Besides being cruel, cockfighting often goes hand in hand with gambling, drug dealing, illegal gun sales and murder. Left to themselves, roosters almost never hurt each other badly. In cockfights, on the other hand, the birds often wear razor-sharp blades on their legs and get injuries like punctured lungs, broken bones and pierced eyes—when they even survive.”

–the Humane Society of the United States

Does that strike you as something deserving of a $50 fine? The price of a concert ticket. A night at the movies.

The federal government doesn’t think so. Cockfighting is punishable by up to three years in jail and a fine of up to $250,000 if perpetrators buy, sell or transport an animal used for fighting across state lines.

So what’s your problem, Alabama? Once AGAIN a bill to stiffen the penalties for cockfighting in Alabama has made it out of committee. Once AGAIN the cockfighting lobby (Do you get to have a lobby for something that is ALREADY ILLEGAL?) is making an effort to keep the bill from coming to a vote. Since a good chunk of Alabama’s legislators are cowards, they may succeed again. No one wants to vote against the bill because then they are the “Cockfighting Senator” and no one wants to vote for it because “that nice young man who watches roosters murder each other brought me a muffin basket.” Or maybe they enjoy a cockfight every now and then themselves.

This is not OK. And you don’t have to live here to tell them so. Last time the bill was up, cockfighters from Georgia called the Alabama statehouse to have them kill the bill. All’s fair. I’ve made it easy for you: at the end of this post, there is a list of the state representatives who are blocking the vote, their districts, and how to contact them by email. Do me a favor. Tell them to suck it up and vote. Tell them the world is watching. Tell them 2009 poll of Alabama voters, 82% favored stronger penalties and believed cockfighting is cruel and inhumane.

Never be afraid to do what’s right, especially if the well-being of a person or animal is at stake. Society’s punishments are small compared to the wounds we inflict on our soul when we look the other way.

The 32 names that follow are the 32 representatives that asked the Speaker of the House to not let the bill be heard.


‘I Should Have Stayed in Bed’ by yarnmiracle 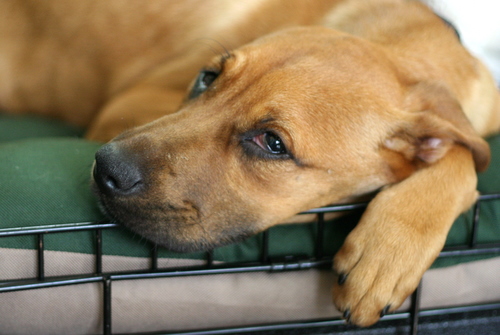 Tilly and her two sisters appeared in town one day. They were picked up by animal control (also known as Gina) and ended up in our new city shelter. Tilly’s sisters picked on her and she never got anything to eat. The shelter called BARC to see if someone in the network could foster her and fatten her up. We live right down the road and were momentarily dogless* so Michael went and picked her up on Wednesday.

The first thing we do with our furry guests is take them to our vet for a bath and a once-over. Tilly had a fever and a wheeze. Kennel Cough – a generic term for any number of viruses or bacterial infection. And she was already starved. Tilly got dramatically worse overnight and was not interested in food or water on Thursday. She got up and wandered around the house a couple times, but spent the vast majority of the day in her crate breathing raggedly. Friday she went in for fluids. She perked up a little Friday night and had a drink of water. This morning we took her for more fluids and on the way in, noticed yellow puss around her nose. Distemper.

Tilly has gone to where the good dogs go when they stop running. Our shelter is in lockdown for a week to see if there are any more cases and wait for test results to confirm. We can’t have dogs in our house for a month.

Tilly was gentle, loved her cushy bed, wagged her tail for each of us (including Ellie who kept bringing her toys and hats to help her feel better), indifferent to cats, and very smart. She sorted out the purpose of a leash in two trips outside and “inside” and “outside” after a few repetitions. I am happy to have loved her for the few days we were able.

Save lives. Spay, neuter and vaccinate your pets.

*I did tell you about Daisy? We found her many many months ago on the way to the Farm and it took a while to find her a forever home. With a fenced yard and a dog door. Daisy’s idea of heaven.


‘Spring in My Step’ by yarnmiracle