I managed to get a picture of the two CounterPain Squares and a pie Mom made. Then I left the camera and the two squares on her baker’s cabinet and came back to Alabama. I know you will all sleep easier knowing that the camera case made it home safe and sound. (I am awarding Christmas a point for this since it was such a tricky stunt.)

I made two and a half more squares after the picture was taken which puts me half a square away from this year’s goal of twenty-four. I was sort of thinking – and maybe y’all can help me out – but if I make six more before January, there will only be forty left. If I make forty in 2009, that leaves the trim for 2010. If I make all the trim in 2010, the CounterPain is finished a year ahead of schedule. The question is: Can I make forty squares in a year with an Ellie in the house and still do other things?

I am pretty sure that I have already lost my war on Christmas. But since Christmas likes to run up the score:

Happy Thanksgiving! Or Happy Thursday! However your holidays roll, I wish you pie! 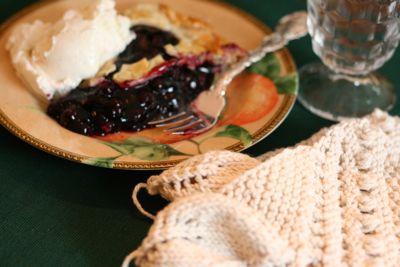 Irisheyes Kathy is sponsoring a Warm Hat for Charity Contest! You’ve got until January 5, so get to knitting!

She likes her sweater much more than the hat! 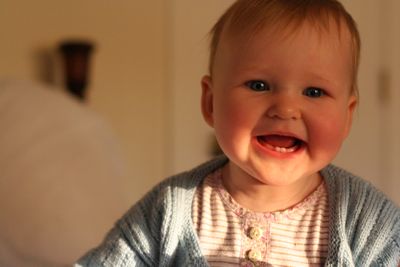 I know that none of these are very good pictures of the finished sweater. The baby photographers for catalogs must spend hours taking pictures hoping for one that actually shows the product to it’s best advantage. I don’t have time for that. So you get what you get. 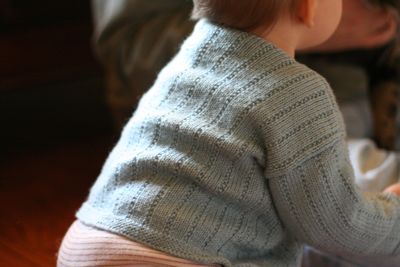 It fits with a decent amount of room to grow.

I can only hope that her cuteness distracts you. 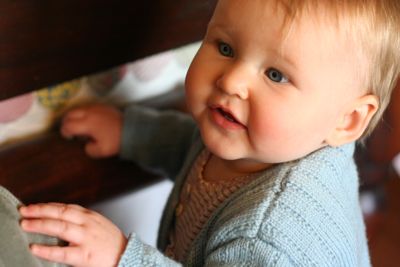 Want to see something that isn’t cute? You know you do. 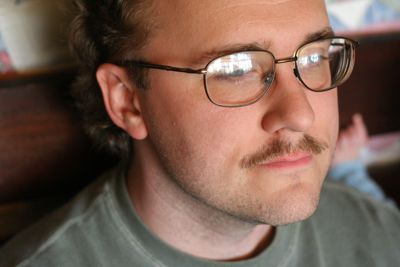 November is National Prostate Cancer Awareness Month to celebrate, there is a Manly Moustache Movement to raise money for cancer research! November has been renamed Movember (Get it? Because of the MOustaches?), participants started growing manly facial hair on November first and won’t stop until December. To me, this sounds like an excuse to not shave for a month, but Movember raised $700,000 dollars last year. To sponsor Michael’s ‘stache donate to Mo.

Michael’s Moustache’s progress has been immortalized on flickr in case you haven’t seen enough. It’s really starting to look like…something. I am really ready for December.

**Yarn Miracle would like to issue a retraction. November is not Prostate Cancer Awareness Month, September is. I don’t know why they picked November for this moustache thing. I guess they went through all the months and “Movember” sounded the best.**

Craftier. I bet you can’t guess what this on-line magazine is about!

Noooooooo! (the part about Pushing Daisies – I don’t care about the other two)

In my town there is a family. And in that family there are three Christmas stockings. But the son has gotten married, so they need one more and they want it to match. I said that I didn’t have the time (or the skills) to create the new stocking, but that I would be happy to post to my blog to see if any one wanted to earn some extra Christmas cash. 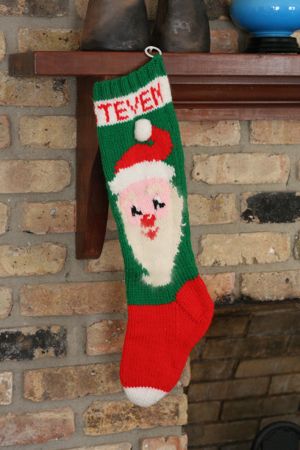 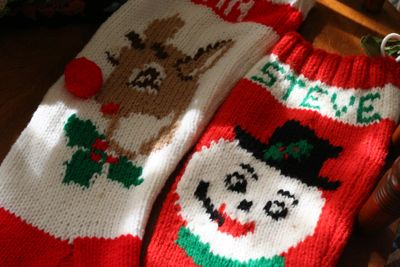 Each is different, so I guess they want a unique one for their new addition.

Sorry. I am putting this here so I can find it again later.