Alpacas are amazing! I didn’t realize just how much I didn’t know about them until I started doing research for this month’s Mindful Fiber! I was going to compare alpaca husbandry in the Americas, but let’s have a lesson about the animals instead.

Things I knew about alpacas before I started doing the research for this article: 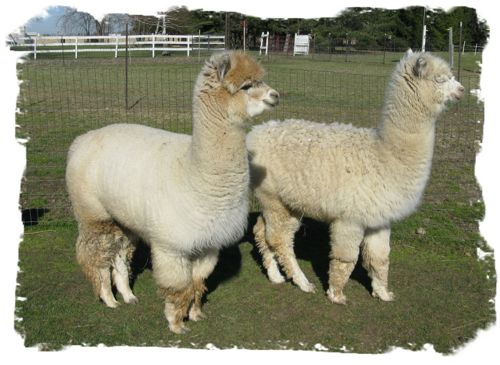 Things I know about alpacas now:

Gold star if you can tell me Suri or Huacaya! 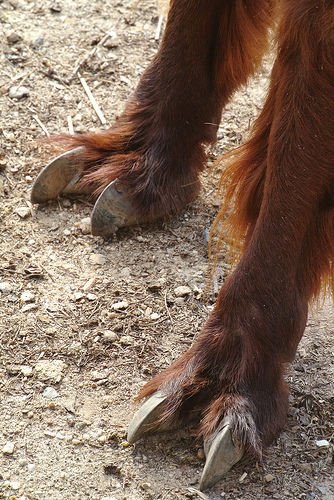 The vast majority of commercially available alpaca fiber is still grown in South America – nearly all (like 99%) of the world’s alpaca population is found in the highlands of Peru, Chile and Bolivia. The species was domesticated in the Andes mountains thousands of years ago, and export to other countries has been tightly controlled. It wasn’t until the mid-1980s that the alpaca moved to the U.S. as an industry. And when I say industry, it’s not the fiber that U.S. investors are interested in – it’s the animals themselves! Since the import of alpacas is still limited, an average breeding female can sell for anywhere between $1000 and $30,000. In the U.S., the alpaca industry remains relatively small with few reports of the abuses often seen in the wool industry. But (as with anything) as it grows there will be more potential for neglect and misconduct. 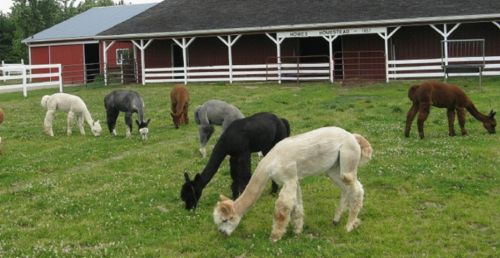 Maple’s goal is to never have to mow the grass. There’s been a lot of clever fence building with that in mind.

Maple is the self-declared #1 pooper scooper in the North Star barn. She also washes, dyes, picks, cards, and spins the fleece her alpacas grow. The farm is strictly a fiber-farm these days and hosts a herd of 22 alpaca, 2 horses, 2 dogs, 2 barn cats, and 1 house cat. There are four new boys arriving this weekend to bring the herd size up to 26! The North Star Alpacas blog is closed, but I had a wonderful time exploring the archives and learning about life among the hairy. In her own words, “I’m lucky to be doing something that I love that actually pays for itself.”

For the month of October, I have a $50 gift certificate to North Star Alpacas’ Etsy shop. You can use it to buy all of this: 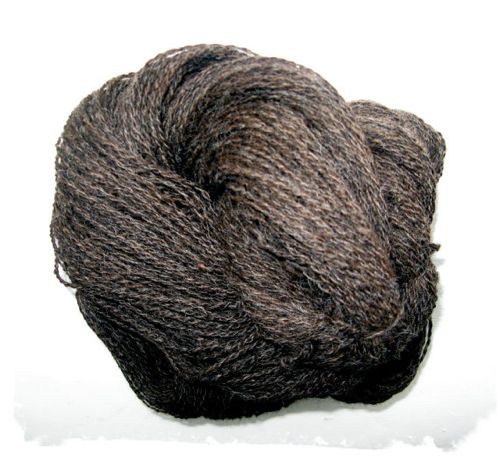 Hand Spun from Joe and Able

OR some of Mr. Jones’ fleece if you spin: 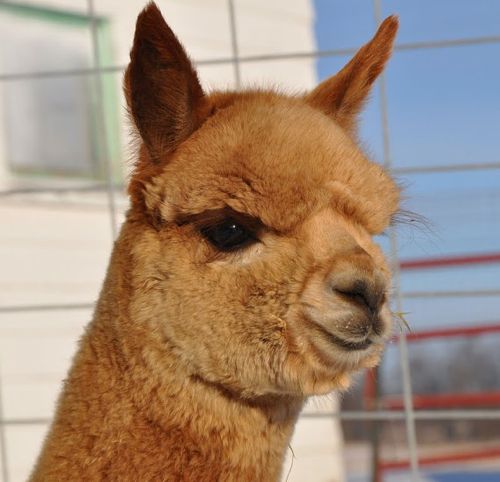 If you don’t knit (or if you are feeling lazy), Maple has hats and scarves already made! Shop for Christmas presents for friends (or presents for yourself).

Since we’re almost out of October, this is a short short giveaway and will close on Wednesday, October 31, 2012. Don’t waste time – leave a comment on this post to be entered in the drawing. The random number generator will take care of the rest. Since it is a short short short giveaway, I’ll offer extra entries if you promote this on your social media outlet of choice (Ravelry, Twitter, Facebook, etc.)! Please leave a second comment with a link to the post/tweet/whathaveyou for accounting purposes.

You can find North Star Alpacas on Facebook, in PhatFiber boxes, and (of course) on Etsy.

Unless otherwise noted, Maple Smith holds the copyright to all the still pictures used in this article. They are used with permission

You know how sometimes you have one of those days where everything just sort of gets away from you and you can’t seem to get anything done because you’re distracted or there always seems to be something not on your To Do list that needs doing?

Our yarn for October’s Mindful fiber won’t arrive in time for pictures (it’s custom). I’m trying to decide if I’m going ahead with that one or scrambling to find something else. I’ll let you know next week!

Unrelated to why I can’t get anything done: Anybody been waiting to play Glitch? I’ve got some invitations.

Our lucky winner for September is Coralee! Her brother’s family keeps sheep. There’ll be merino on the way – maybe even today!

Thanks to all who participated, we’ve got just three more months of Mindful Fiber. Don’t miss a single one!