Wild breeds of sheep naturally shed their wool when the weather warms. There are still a few ‘primative’ North American breeds that have more hair than wool (like dogs and their undercoats), and ‘heirloom’ breeds like Shetlands shed their wool due to a natural break in fiber growth in the spring. However, most breeds were domesticated long, long ago. Commodity and continuous growth won out over sheepy independence and ‘commercial’ sheep breeds require some form of human involvement to loose that wool. 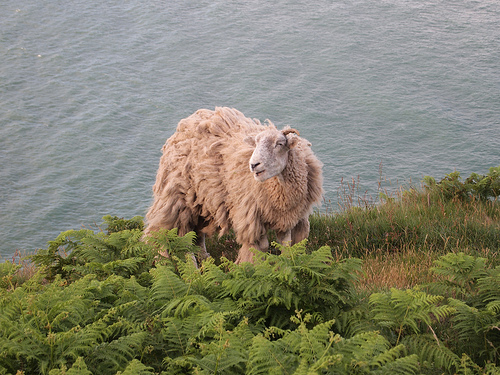 This guy (photographed by McBadger) has evaded the shearers. One New Zealand ram managed to dodge shearing for 6 years – his fleece weighed 60 pounds when he was finally caught.

Farm Sanctuary, a domestic farm animal rescue organization in California, has an excellent article about the necessities of sheep shearing. For today, we’ll focus on the process.

So how does it happen? How does one separate the wool from the wool bearer? Well, it takes some kind of clippers. And a lot of strength. In this video from Plumpton College, the basic method of shearing a sheep is demonstrated.

Certainly looks uncomfortable for the sheep, but he’s keeping her still and stretching her skin to prevent cuts.

Large wool operations have specialized sheds and hire a team of professionals and their electric clippers at shearing time. Machine shears were developed in the 1880s and were in widespread use by the 1940s. A flock can be shorn in a few days to a week or so depending on the number of animals. Many professional shearing groups take pride in how quickly they can work their way through a flock. There are competitions, awards and prestige associated with speed. While this may be good for the workers (who are paid by the critter), it isn’t necessarily good for the sheep.

When numbers or farming practices don’t call for machine shearing (or folks are feeling traditional), blade shearing is used.

She also talks about the ‘whys’ of the process.

There are obvious advantages to blade shearing, particularly in colder climates. The inch or so of wool left behind protects of sheep from cold and sunburn, reduces stress on sheep, reduces how much they need to eat after shearing, and results in heavier birth weight of lambs.

Sheep are typically shorn in spring, preferably before lambing (there is more room in the barn and it’s easier for the lambs to nurse without all that wool). Because of demand and the high price of wool, some flocks are shorn twice a year. An estimated one million sheep die of exposure each year because of practices like this. 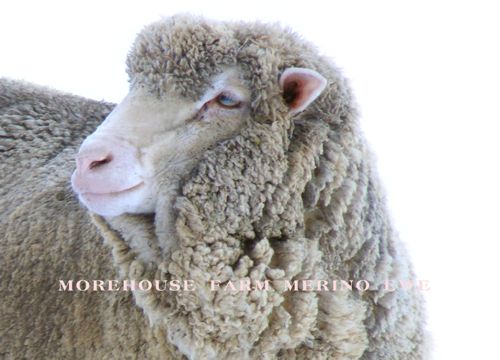 Morehouse Farm in New York shears their Merino sheep once a year. Merino sheep are a special case for shearers. One of the oldest breeds of sheep with some of the softest fiber, Merinos are also covered in wrinkly folds of skin. Because of the folds, going at them with clippers is a scary business. It takes two or three days to shear the entire Morehouse flock. The resulting fleece is also processed, spun and dyed in the US. From Morehouse Farm’s FAQ:

Are your Merino sheep happy sheep?
Our sheep are well cared for and we treat them with kindness.

For the September giveaway, I’ve got a whole cardigan! 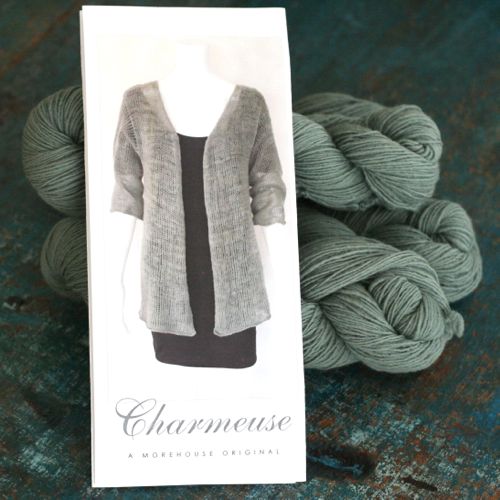 It seems to be the perfect weight for a seasonal transition sweater and probably goes with anything. There is enough yarn there to make the largest size and after perusal of the pattern, it seems like a nice relaxing project. For a chance to win this kit, just leave a comment on this post!

If you hate the color (I was going for elegant and neutral), I’ll include the receipt so you can request an exchange. There’s a really pretty pink…if you like pink.

Best of luck – the giveaway will close September 30th so comment early (but in this case, not often)!

I’ll point out that all the sheep in these videos and pictures have their tails docked. The link claims that this is necessary for the health of the sheep. Many animal welfare organizations disagree.

As a curiosity: In 1994, Australian scientists invented a way of removing the wool from sheep without shearing. They inject the sheep with a protein that causes a break in the wool growth, then wrap them in a jackety net. A few weeks later, the fleece peels right off. I also read somewhere that Australian scientists have developed a robot for shearing sheep. 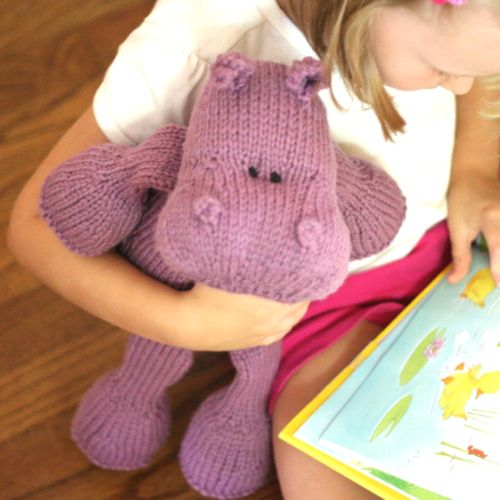 H is for Hippo

I finished the example hippo in time for Judi’s birthday (back in August). She’s pretty awesome and she loves Hippopotamuses, so I made her a pattern. But since she doesn’t knit, I sent her the example Hippo instead. He’s made with bulky merino from Morehouse Farm – an excellent tie-in to our Mindful Fiber this month. <--Spoiler! The pattern is available on Ravelry and Etsy*.

*What are y’all’s views about having the patterns in the same Etsy shop with the toys? Is that weird to you? Should I make a separate pattern shop now that I’ve got a bunch of them?

For your amusement: the outtakes from the new banner. 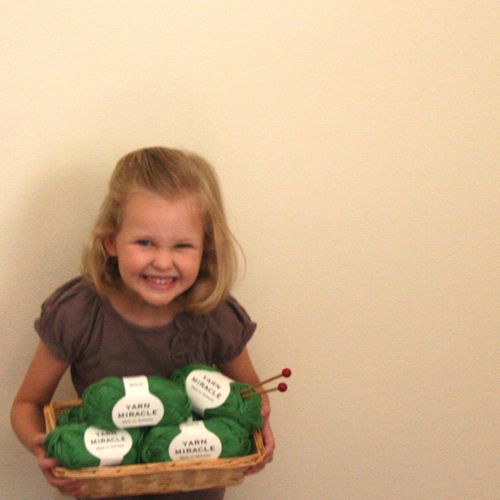 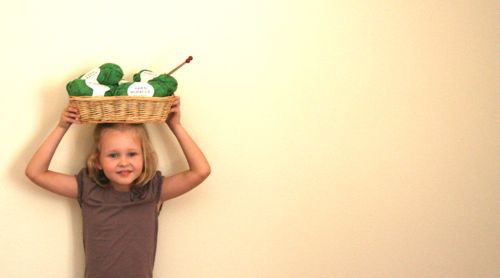 That’s Flat Bunny in the basket.

I also located the past banner images and put them at the bottom of my (oh so neglected) gallery page. 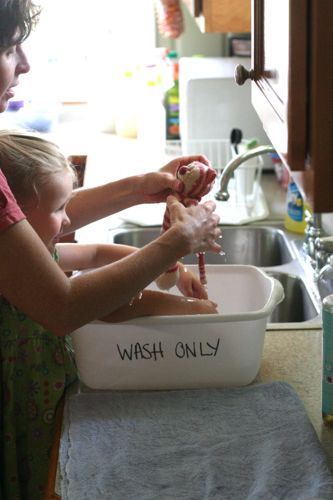 I worked out a little tutorial to show my customers how to hand wash a stuffed animal. If you’ve got a minute, would you take a look at it and tell me if there is anything I left out or that should be added?