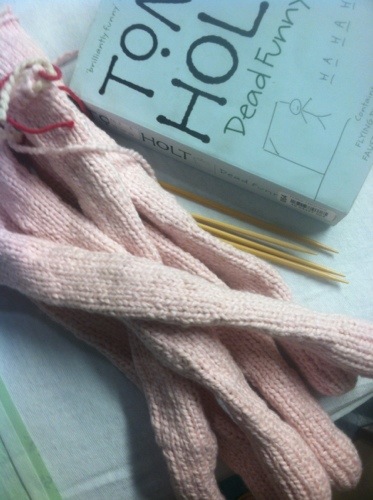 Im starting to see the light at the end of the tunnel with this project. We’re still at the hospital though. Thanks for all the kind thoughts. 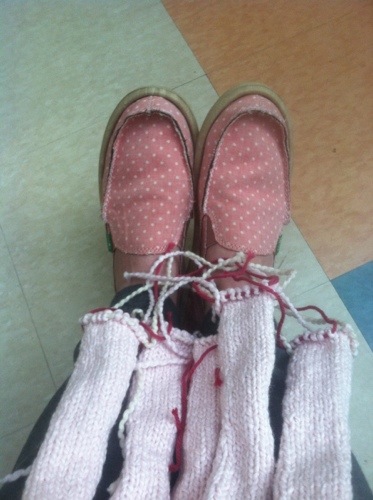 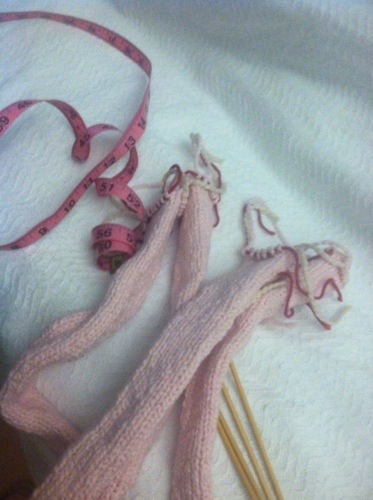 Back in the hospital with Great Gran. I’m getting lots of knitting done and its MUCH quieter than the neural care unit but Great Gran feels much worse. This is the end of Antibiotics Day One. I’m hoping for a better and less fevered tomorrow. 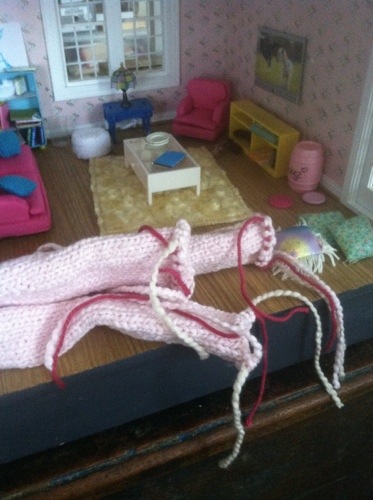 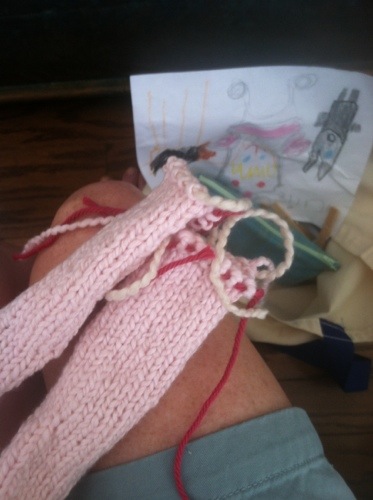 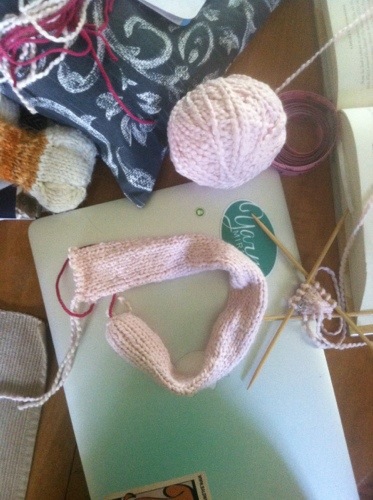 Ellie has chili con queso in her thermos today with corn chips for dipping (extra points for whole grain). Yesterday she had a chocolate chip muffin leftover from a weekend breakfast, a picknicker veggie sausage (she is crazy for them) mixed up with Organic Valley cheese cubes, snap peas (another consistent winner go figure) and a fruit roll that is actually made of fruit. The little orange box has about six pieces of candy corn inside. 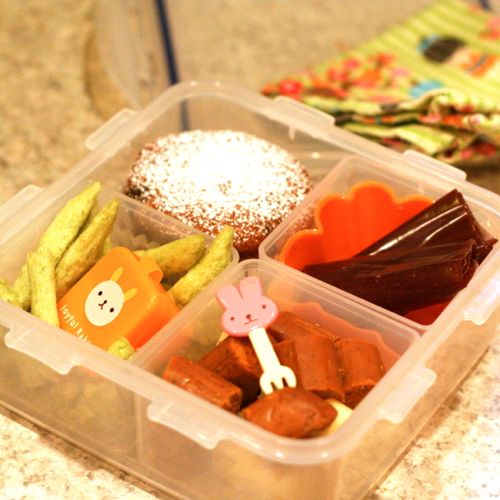 I love this box! I only have one but I use it once a week.

I wasn’t sure if they’d let her eat the candy corn, but she says nobody had a problem with it and they were YUMMY. Her lunch box came back as empty as it did the other day: 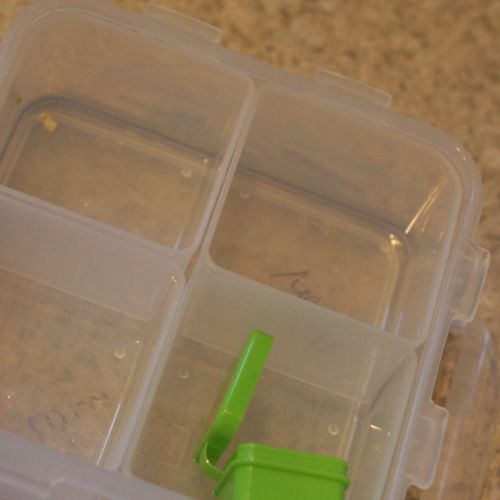 I think that one had heart-shaped almond butter sandwiches.

I had a little bit of a Lunch Epiphany over the last week. I realized that I am going to be packing lunches for a long long long time and that she’s not going to be a picky eater forever. Or if she IS a picky eater, she’s going to be picky in different ways. I’m not sure what to do with this new knowledge, but it is oddly comforting.

In other news…
The other two texture-related patterns are on hold. I’ve had a Christmas request from a delightful customer and since it was on my pattern list anyway I’ve moved it up in the queue. Since my darling baby dear also wants one in pink and has drawn pictures of what she thinks it should look like…well, you see where I’m going. I’m actually a little anxious and excited about it since it’s a bit of a departure from my normal alphabet critters! Still the same scale and still the same feeling I think. If it turns out like the sketches.

You know those days where you can’t seem to get anything done because of all the things that need to get done? Yeah.

I did finish another CounterPain square. 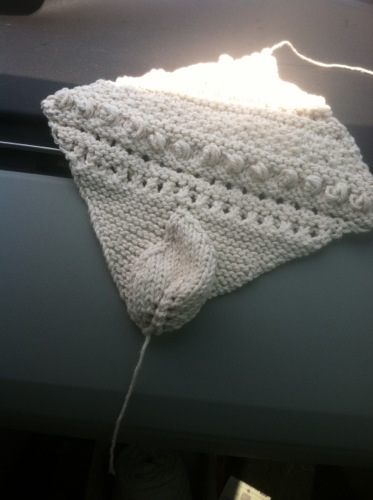 That’s two and a bit this school year! At this rate, I’ll be finished by middle school.